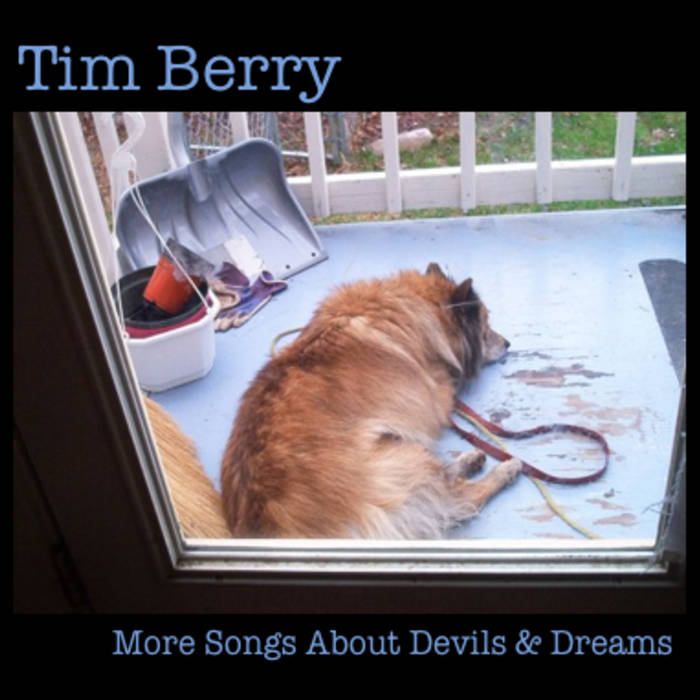 In spring of 2001, I recorded Lay it Out Straight, a collection of ten songs captured over the span of one long weekend in Knoxville, Tennessee. Now, ten years later I am excited to be able to share the sound of another fine weekend.

Devils & Dreams features a set of full band versions of nine of my songs. It was recorded, mixed and co-produced by Sean Witters who added many great suggestions beginning with the inspiration to record this without using a traditional studio. Instead, we set up one September weekend in a beautiful “barn” in central Vermont and allowed the place to be a part of the sound (including our host’s dog who provided the fine backing barks on the end of Slow Night).

I was joined this time by Lathan Gravelle on mandolin. Lathan has been my picking partner for the past few years and when schedules allow we perform together as the Brambles.

On drums is my old friend Doug Bratt, who I met in Mr. Caudill's 10th grade biology class at Lafayette High School in Lexington, Kentucky. We last played together over 20 years ago when we spent the summer in a band that I wanted to call the Loving Sounds of Oatmeal (needless to say I lost the vote).

JP Candelier came to the project on recommendation from Sean, and is one the finest bass players I've had the pleasure of playing with.

Most of the recording was accomplished that weekend and a lot of what you hear are the actual full band “live” performances. However, I will admit to overdubbing a few things including the fiddle – I only have two arms.

As a BONUS, I am making available for download three tracks not included on the CD.

The Last Dream Standing - this is a home recorded demo. I had intended to include this song, but for some reason I have since forgotten didn't think it would fit. Oh well, I kind of like the intimate feel of this recording. So, I guess it landed where it needs to be in the end.

Kitchen Light - this is a solo home recorded demo version recorded a few years back. While I love the band version of this song, I have also always liked this simple version which is close to the way I usually perform it.

Solid Ground - this song has had many lives and ironically still not found a home. Here is the full band version recorded to be part of the album.

Hats off the the band. It was much fun! and a big THANK YOU to Dan and Betsy Chodorkoff for generously allowing us to set up and record in their beautiful "barn" and to Sean for his patience and energy.

Thank you also to all who have played a part in the life of these songs including: Richard Edward McCormick, Cielo Marie Mendoza, Paul Snyder, Jack Wolfe, Al Cavanaugh, and Zach Hadley. Thank you also to Rory Loughran and Jack Wolfe for loaning the drum kit to the cause and to Metric Halo and B.J. Buchalter for making the box that made this recording possible. A special tap of the foot goes out to Sarah Cauldwell Bratt, Isaac and Owen for making Doug possible. Finally, thank you to Greg Horne and Michael Comstock for getting me started down this road.

This one's for Liz and Sam....Thank you!

Bandcamp Daily  your guide to the world of Bandcamp